Performing a set beyond ones mechanical limits has always been an intriguing concept in the world of athletic and muscular performance. After decades sharpening the sword in the iron game, many veteran lifters reach the notorious glass ceiling in both muscular performance and size making the achievement of notable progress in body composition damn near impossible from traditional methods of training, diet and regeneration alone.
While there are various mechanisms to break through these types of frustrating plateaus via diet, pharmaceuticals and a myriad of other types of methods to increase recovery rates and muscular regeneration, one of the most basic forms of enhancing performance comes once again in the form of intelligently designed programming and progressions that allow optimal performances far beyond ones mechanical abilities alone. 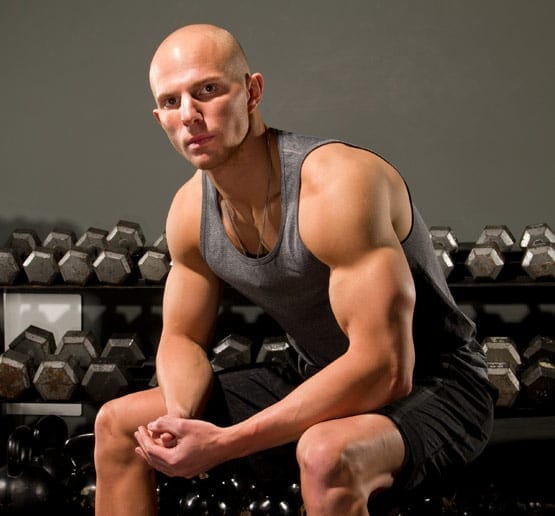 The phenomenon of post-activation potentiation (PAP) to increase neural activation and prime muscular performance has been around for decades, but has never caught fire in the bodybuilding and aesthetics community.
Some of the best minds in the world have utilized PAP methodology within their program designs for gold-medal winning Olympians and Super Bowl champions creating the edge with these devastatingly effective techniques. So why can’t these same muscular physiological principles be employed to achieve a more impressive physique?

POST-ACTIVATION POTENTATION (PAP)
First, it is important to properly define the term post-activation potentiation. Post-activation potentiation is a means of temporarily increasing power, torque, and force production so as to positively influence long-term training and performance [1,2].  This is often accomplished by performing some form of intense voluntary contractions immediately prior to an explosive activity.
In simpler terms, PAP can be described as increasing the explosive fast-twitch motor unit recruitment of a muscle or set of muscles after they have been forced to perform maximal or near maximal contractions.
While utilizing PAP is a relatively new training technique in the aesthetics arena, there has been some solid research on its efficacy, especially in the sports performance field centered on three main types of mechanisms that enhance the plasticity of muscular performances.

MECHANISMS OF INCREASING NEURAL OUTPUT
Before we get into how to program and execute specific types of PAP techniques to optimize your lifting performances, we must first take a look into the science behind the three of the most popular forms of PAP and how we can utilize the findings.
One of the easiest and most effective ways to increase neural output of a movement is by programming movement specific voluntary isometric contractions before a maximal effort bout of an exercise or athletic maneuver.
The use of static holds in both the traditional leg extension exercise programmed at varying parameters was shown to have a significant positive impact on both vertical jump height and sprint times [3,4]. While the utilization of the leg extension machine to achieve an isometric contraction is quite narrow, the mechanism of voluntary isometric contractions is solid by the science, especially specific to compound movement development.
From a more dynamic standpoint, the barbell back squat programmed at near maximal loading for both the 1RM and 3RM showed significant improvement of in vertical jump performances and sprint times [5,6]. On top of improving athletic performances, the back squat executed before maximal bouts of jumping and sprinting has even been shown to enhance muscular recovery [7,8].
The last mechanism of enhancing PAP that has been popularized more through the main steam fitness industry is the use of ramp-up sets prior to maximal effort sets to enhance muscular power and strength performances. Though the research is sparse in this area, anecdotal evidence has been rock solid, especially for some of the top coaches and athletes in the world.
Lets dig a little deeper into these three main mechanisms of PAP and how you can implement them into your current training program to maximize each set and in turn reap the benefits of muscular power, strength and hypertrophy gains.

MOVEMENT VELOCITY OPTIMIZATION
The use of strategically programmed warm-up sets, or ramp-up sets as I like to refer to them as, can be one of the easiest ways to start experimenting with optimizing the benefits of post-activation potentiation without any huge alterations in your current programming.
Ramp-up sets can be specifically defined as preparatory sets of an exercise or movement that are completed with submaximal weight to activate specific musculature, prepare active joints for increased loads and intensities, while also grooving a specific pattern in order to improve and enhance authentic movement patterns and form.
Here are a few unique advantages that programming ramp-up sets into your current programming provides in terms of general preparation, neural activation and optimizing joint and contractile tissue positions and health.
Many foundational multi-joint strength movements are highly skill-based in nature. The more time a strength athlete spends in deep concentration under the bar, the better they are able to find the sweet spot in both the setup and execution of a movement.
As strategically implemented extended practice is utilized over time, the neuromuscular system will become more highly activated which increases both the synergistic movement patterns that coordinate various segments of the body while also increasing available motor units to play a roll in moving a load with purpose and power.
Ramping-up also provides an athlete the sensory experience to judge how a load feels on a daily basis using an internal rate of perceived exertion (RPE) scale. Advanced lifters realize that 225 pounds on a bar on two separate days of the week may feel different secondary to other variables in a performance program or lifestyle, and will adjust accordingly.
Putting this to action, predetermine a set number of ramp-up sets for an emphasized compound movement or two a day. For some bigger movements with more of a strength and power rep and set scheme, the more ramps the better just as long as you do not grind any reps out or pre-fatigue the musculature. Shoot for 3-5 ramps to start off with and modify from there.
Start off with very light loads and execute with violent movement velocity. As you move into more ramp-up sets, decrease the amount of reps you are executing and keep a focus on the movement speed being as close to maximal as possible. For the last set of the ramp-up scheme, a single rep will be programmed at a supra-maximal load determined from your loads for working sets.
Though the supra-maximal loading is a critical portion of the ramp-up scheme, lets get into a little more depth why this single rep can be such a boost for neural impulse and muscular force output in the next section.

SUPRA-MAXIMAL RAMP-UP SET LOADING
The final ramp-up set will be completed with a load slightly heavier than the load prescribed in the working sets as described above. A general programming rule of thumb is the final supra-compensated single rep set should have a load around 10% heavier than the work sets you are about to move into.
Execution of this final ramp up set is pivotal. If we want to put the focus of a last heavy single on priming the neuromuscular system for some serious work ahead, this rep must be exploded up through the concentric portion of the lift with maximal effort. The more movement velocity the better, and the more motor units we will be able to tap into for enhancing the PAP effect.

PRE-SET MAXIMAL ISOMETRIC HOLDS
If the extended ramp-up set scheme is not a feasible method of tapping into PAP for your specific programming or training time allotment, a quick and efficient technique that still holds scientific merit is the use of maximal isometric holds pre-set.
By definition, an isometric contraction is a muscular firing without any movement at the adjacent joints or body segments. It seems simple enough, but it’s pivotal that while using isometric contractions pre-set to stimulate motor units, it is executed at maximal force output. This is most effectively achieved through placing force into an immovable object other than the weighted implement you are using specific to your programmed exercise.
Also, it is important to note that the maximal pre-set isometric contraction needs to be movement specific to have the largest amount of performance carry over into the movement or exercise this scheme is targeting. For example, when utilizing isometrics for enhancing motor recruitment and neural impulse for the bench press, that same pressing movement pattern needs to be programmed for the isometric component of the scheme.
Maximal voluntary isometric contractions should be programmed anywhere between three to six seconds in duration. Any longer than the six seconds increases the likelihood of pre-fatiguing the musculature and not reaping the benefits of the PAP technique. Even though it is just a few seconds of contraction, the intensity needs to be as high as possible to tap into those higher threshold motor units.
Isometrics can be used directly before any maximal effort working set for most loaded movements. When utilizing this technique for multiple sets on the same exercise or movement pattern, be sure to ensure that full recovery has been met between active bouts. Though it may vary between individuals, a general recommendation is a rest period of two to five minutes.

PUTTING IT ALL TOGETHER
When programmed properly, post-activation potentiation techniques can be a powerful tool when it comes to muscular power, strength and hypertrophy enhancement. While there are many more methods of facilitating increased neural output in the form of movement, these three techniques, maximal isometrics, ramp-up schemes and supra-maximal loading are a great starting point specific to the lifting population.
Spend some time formulating a plan to implement a few of these techniques into your current (hopefully JM’s Mountain Dog Diet) programming and track your progress over a four to six week period. Time to break through some plateaus.